Home  /  The Ins and Outs of Socialism

The Ins and Outs of Socialism 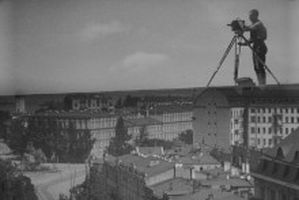 Eligibility: scholars who study different time periods and cities where socialist projects were either launched or collapsed in the 20th century

On August 25-27, 2017 the Center for Urban History will host a conference “The Ins and Outs of Socialism: Visions and Experiences of Urban Change in the Second World”.

This conference aims at bringing together scholars who study different time periods and cities, where socialist projects were either launched or collapsed in the 20th century, as well as those that are still in place. The theme of transition into and out of socialism and the (un-)making of socialist cities serves as entry points into broader discussions about the specificity of urban change in the Second World and its relationship to similar currents in the global North and South.

The conference examines the content of the socialist city – its “ins and outs” – from power grids and housing stocks to museums and places of worship at these points of transition. Looking at the series of junctures that produced new forms of urbanity can help create a fresh narrative of socialist urban experiences and visions at the crucial moments of their realisations and re-conceptualisations as both the future and the past of the socialist project.

The organisers will provide accommodation in Lviv. A limited number of travel grants will be available.

Please submit a brief CV (1-2 pages) and a paper proposal (paper title + 400 word abstract), no later than January 15, 2017 to conferences@lvivcenter.org with the subject “Ins Outs of Socialism”. Your proposal should relate your topic to conference theme(s) and briefly discuss primary sources.