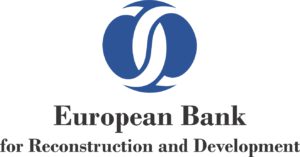 The Bank is looking to fill a vacancy for a Political Counsellor to cover the following countries: Kazakhstan, Kyrgyz Republic, Mongolia, Russia, Tajikistan, Turkmenistan, and Uzbekistan.

Political Counsellor is responsible for assessing progress in democratic transition of the Bank’s countries of operations and their compliance with the political aspects of the Article 1 mandate. S/he monitors, analyses and reports on political developments in a number of EBRD recipient countries; plays an important role in preparing country strategies and other relevant strategy documents; provides advice to senior management and the Board on the political aspects of the Bank’s activities; assesses country-level political risk; supports high-level political dialogue with the Bank’s countries of operations and liaises with political leaders and inter-governmental organisations active in the transition region.

Governance and Political Affairs are essential to achieving the Bank’s operational and transition objectives, both through the delivery of relevant analysis and advice and through policy reform engagements. The GPA team provides support to the Bank’s main operational and strategic objectives through its analysis of the politics of economic reform and contributions to the Bank’s policy reform engagement; its coordination of the Bank’s efforts to enhance the investment climate and governance in recipient countries; its direct contribution to improvements in economic governance through the policy tools of the ICGI team; and its direct engagement with a wide range of key stakeholders in the Bank’s countries of operations in the political/policy establishment. GPA leads in the implementation of the Bank’s political mandate through assessment of the countries of operations’ compliance with the Article 1 of the AEB.

The EBRD is the only international financial institution with a political aspect to its mandate, and is consequently the only institution of its kind with a team of political experts on staff. This is a key asset to the Bank, which is used to deepen the understanding of management and the Board of how political developments may affect the appetite and effective implementation of critical reforms and the Bank’s operations. Political counsellors facilitate the implementation of the Bank’s mandate and help identify avenues for the development of new business in the transition region. Political counsellors work with multiple senior stakeholders inside and outside the Bank, including members of senior management, members of the Board, high-level government and international agency officials, leading political figures, experts and civil society in recipient and non-recipient countries.

Diversity is one of the Bank’s core values which are at the heart of everything it does.  A diverse workforce with the right knowledge and skills enables connection with our clients, brings pioneering ideas, energy and innovation. The EBRD staff is characterised by its rich diversity of nationalities, cultures and opinions and we aim to sustain and build on this strength. As such, the EBRD seeks to ensure that everyone is treated with respect and given equal opportunities and works in an inclusive environment. The EBRD encourages all qualified candidates who are nationals of the EBRD member countries to apply regardless of their racial, ethnic, religious and cultural background, gender, sexual orientation or disabilities.

THIS ROLE IS BEING RECRUITED AS A PERMANENT POSITION